To celebrate International Women’s Day (and Women’s History month), Kerry Consulting is sitting down with strong female leaders from our consultants’ networks across multiple industries.

Read the full interview below: 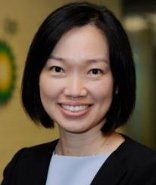 “You should not be hard on yourself if you make a mistake, as mistakes are valuable learning opportunities.”

Q: What progress have you seen on gender equality in your lifetime?

A: I think we have made some progress. While growing up my grandmother would often tell my sister and I that a woman’s place was at home and that there’s no need for girls to study as much. So the predominant thinking in my family was that opportunities were only for men, who were responsible for getting food to the table. I was very lucky to have a father who treated his children equally, and wanted us to get as much education as possible. For example, my dad fully supported my university education in the UK.

These days you might find less of such views, but the idea that a woman’s natural place is at home is still prevalent. I have seen a lot of women who prioritise their husband’s career, choosing to put their family first and sacrificing their career own prospects as a result. Having said that, we do see more female representation in senior positions nowadays, as compared to when I first started working. I see better education on gender equality too – for example, my son just shared with me the ‘He for She’ movement that he learnt in his school.

Q: What can men do to help achieve gender parity in the workplace?

A: Outside of the workplace, men can share more of the ‘work’ at home, for example, doing household chores, childminding activities, and educating the children. As a father, men can help their children understand that they can be whoever they want to be in the future and not accentuate gender differences. Take for example, the idea that girls can only play pretend cooking and boys can only play with guns. My daughter grew up playing nerf guns with the boys at the playground. Challenging these broad ideas is important, and it is critical that, as fellow workers, men do not stereotype female colleagues and bosses in the workplace.

“For women who are starting out: listen, learn, ask questions and make mistakes.”

Q: What is the best way to counteract negative stereotypes of women in the workplace?

A: I think negative stereotypes of women in the workplace are often rooted in the fear of the unknown. Often times, it’s about getting to know the person. In one organisation that I worked in, I did not receive a warm reception from two male subordinates, who felt that I had taken a role away from them. I had to take time to earn their trust and build credibility. It took a lot of effort. I had to work hard at the relationship and help make them see beyond gender; to see the person and leader that I was. I think it is important that there are visible role models of good women leaders, so that we can debunk some of the myths and counter old-world views that are still perpetual in the modern workplace.

Q: What advice would you give a young woman entering the modern business environment?

A: In general it’s about taking responsibility for your own career. Recognise that there are different seasons in life. Imagine that you are at the driver’s seat and you determine the speed and direction of travel of the car. There a time to accelerate, decelerate and apply the brakes. Practice self-care and do not always put others before you.

For women who are starting out: listen, learn, ask questions, and make mistakes.

Don’t be afraid of working hard – try to master your domain, acquire industry knowledge and build good habits such as meeting deadlines. Apply what you learn by infusing your own style of doing things while being proactive.

Just because you are starting out does not mean you cannot contribute. You should not be hard on yourself if you make a mistake, as mistakes are valuable learning opportunities. Learn to laugh at yourself and not to take yourself too seriously.

Kerry Consulting’s Technology Practice provides Search & Selection services to our clients throughout Asia-Pacific. Get in touch with a specialist consultant today.